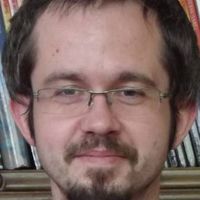 single, teacher/language assistant at a language school and an occasional translator. In my free time I love listening to music, reading, playing scrabble, walking in the country, and painting. I play scrabble at tournaments (I qualified for the Nationals five times and hit the top ten there in 2014, 2015, and 2018; I play the English version too and represented CZ at the World Scrabble Championship twice.) I've translated the American bestseller about scrabble - "Word Freak" by Stefan Fatsis - into Czech; the manuscript is currently being proofread.
I'd love to accept guests but the flat I live in is not mine so I can't for now...

see above - listening to music, playing scrabble (at tournaments, too), reading, translating, art

vocal pop (Bonnie Tyler, Lara Fabian), rock (Sheryl Crow, Cranberries, Bryan Adams, Blink-182...), modern country (Martina McBride, Ronna Reeves, Terri Clark...), bluegrass (Alison Krauss, New Grass Revival, Cop...), ... I have my favorites in metal, jazz, and classical music too; I don't watch TV much but my favorite movies include The Platoon and my favorite series House MD.
Fave books - there are quite a lot. They include e. g. The Death Ship by Traven, and most books by Karel Čapek, Arnošt Lustig, and Haruki Murakami

see above - represented CZ at the World Scrabble Championship in Warsaw, PL, in 2011 and in Prague, CZ, in 2013, and became a bit of a "media star" because of that. I've also translated the nearly untranslatable scrabble bestseller "Word Freak" by Stefan Fatsis into Czech.

I'm sociable, so people are rarely bored with me; I can offer a game of scrabble, a good chat (even for a couple hours), bring along a bottle of wine or beer...