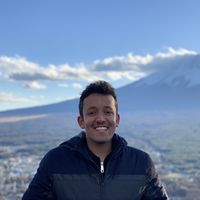 "Remember that the happiest people are not those getting more, but those giving more. " H. Jackson Brown, Jr. "Generosity is giving more than you can, and pride is taking less than you need. " - Khalil Gibran

Almost half of the world's population lives in under $2.5 per day. Recognize your privilege and give back.

Hey everyone, my name is Aziz! I live between my home country of Kuwait and the US (around the NYC area to be specific).

I'm a PhD student, a scuba diver, and a worldwide traveler. I've been to over 70 countries and 200 cities around the world. I've been using Couchsurfing for a few years now
mainly to meet up with locals during my travels or to hangout with travelers at home. I've also hosted and surfed from time to time. At this point, I cannot host anyone in Kuwait, but I'll gladly take you on a local's tour of Kuwait. If I’m in the US, I can gladly host you.

I'm passionate about everything that elevates the human experience whether through technology, economics, or sound public policy. I'm attracted to ideas that have the potential to improve the standard of living and quality of life of humans.

Meet locals and learn about different points of view.
Clarify misconceptions and discover the human experience at its many facets.

Big sports fan. My favorite sports are soccer, American football, basketball, and boxing (in that order).

As an engineer, I'm fascinated by the "sharing economy". The idea of optimizing resources and reducing waste is so inciting. Making the most out of what we already have is the way to solving a lot of the world's problems in my opinion.

I also love food (who doesn't ?!) and I’m a part owner of a chain of Acai shops.

I love all types of music and have seen a lot of Western artists live including Adele, Eminem, John Mayer, Beyoncé, Jay Z, Drake, The Weeknd, Lil Wayne, Sia, David Getta, Iggy Azalea, Justin Bieber, and other smaller artists. I've been to a couple of EDM music festivals in the US like Ultra and Tomorrowworld.

Running with the Bulls in Pamplona, Spain
Scuba dive with Whale Sharks
Walk up the Great Wall of China
Fry an egg on top of a car
Helicopter over the Grand Canyon
Dune bashing across the Arabian desert
Stand within 5 meters of a Lion in the wild
Appear on American TV
Eat pigeon, rabbit, dear, ostrich, and camel meat

I can teach you Arabic if you are up for the challenge.
I would love to learn about your country, culture, and traditions.
Let's share travel stories, a meal, or a cup of tea/coffee.

I live between New York and Kuwait City. Kuwait is NOT touristy at all. There's isn't much to see, and there aren't any efforts to expand tourism at this time. In fact, most travel forums recommend not visit the country, but you should! Kuwait is all about its people and culture.

Let's a share a traditional Kuwaiti meal, maybe some tea after. I can share my knowledge of the region's history, culture, politics, and social life.