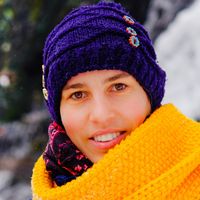 I'm on couchsurfing because I think it's the best way to discover a coutry when you live with natives people.
I hope to meet very nice people and spend good times.

•Handball ( I'm player since 11 years, trainer since 1 year and also referee since 8 years)
•travelling
•hiking
•woofing: I do it during 2 years in Germany and it was very interesing and funny. I learn new tradition, new peoples with interesant stories, new way to cultivate.....
•improvisational theater
•botanic ( more specifically medicinal plants )
•photography
•culture and history

I also like to spend my free time for 2 associations:
- Kaps: it is an association which helps in disadvantaged area, young students who are struggling and also which tries to carry out projects in ordre to come to life the district
- Disco'soupe Bordeaux: an association that fights against food waste. To do that, we salvage all the fruits and vegetables, which can't be sell anymore, and we cook them in the street for the passer-by with disco music and also disco clothes. It's very funny and you can meet a lot of people ( if one day, you come to my home and I'm organizing a disco'soup that will please me if you follow me)

I was travelling on a boat and speaking with a man, when he ask me:
- what the relationship between you and the woman wo is travelling with you ?
- try to guess !!!
- I think you are her daughter
- her daughter ?! What did you think ? How old I am ?
- fifteen or sixteen
- No !!! I am tweenty two !
He laugh and say
- it' s a joke !
- No, and my friend is tweenty five
- I don't believe you, you are joking
After a few minutes trying to prove that I was 22, I had to show my identity carte.
The same day, but later in a pub the same storie happened. It was a very amezing day ;)