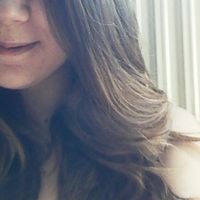 I'm kinda nice (have my moments).

Best things people ever said about me:
"you are 90%jerk, 10% awesome that's what she said jokes"
and the other favorite: "you are a natural born badass".
Thank you for that, at least I can write something here :D

About work and other serious grown up stuff:
In the past few years I was working in hostels in Budapest, so I already met absolutely, amazingly nice people from pretty much everywhere, but I haven't had a chance to travel myself. Now I decided it's time to start it. :)

About not so serious stuff:
I can talk a lot. And then I see something cool and I'm like a five year old. That's when I finally shut up, so it would be nice to take me for a walk and show me something great for your own good :D

Even less serious stuff:
Snails. Love them. They are the best creatures on this planet. That's a fact. I mean when they don't want to do something, they just go home. And they have their home on their back! How cool is that?? :D
Also bunnnies. If you are tired of me but want to hear someone laugh for a few minutes, show me a bunny. Bunny nose is the second best thing after snails. Also a fact. I don't know why I wrote this for the not so serious part...

Deadly serious stuff:
Food. Don't eat my food. Don't try a little bit. Don't taste it. It's mine.
Pillows. I might try to steal all the pillows (now i have 10, 6 in my bed, 4 on the couch, good thing I'm very little). Sorry about that (kinda).
Coffee. I'm not a functioning human being in the morning. Definitely not nice. Give me coffee and we are good.

As I was working in hostels, I loved to get to meet open-minded, outgoing people, but now that my plan is to move to Barcelona and stay at least a year there, it would be nice to continue doing this in a different way. Seemed like a good idea to start here and try to meet up with locals :)

Music: Pretty much everything except whats on the radio and I can't stand dubstep. Anything else I'm okay with.

survived myself so far

I'm happy to cook, bake and teach you how to make some delicious hungarian dish. Also if you want to, I can teach you hungarian, not like it's gonna be good for you but let's try! :D

I can cook for you, teach you some funny Hungarian expressions, or just have a nice long conversation