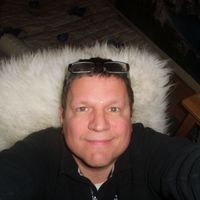 I like travelling, improving my learnt languages, meeting people from other parts of our tiny planet, tasting unknown dishes,going to the movies,and many things more.

meeting people in the countries which I have the intention to visit,offering help in order to discover the hidden gems as well as the lesser known pearls of Germany's capital Berlin,city tour of Berlin

1) bicyle tour along the river "Ruhr" from head to tail
2)mixing up some words in czech so that I offended-without intention-the very known pro boxer Lubos Suda in the czech republic,
3)praying in the Church of the Holy Sepulchre in Jerusalem,
4)reading all books of Jack Vance both in english and spanish(I am going to read them in italian as well)

German,English,Spanish,background infos of Germany and its capital,city tour of Berlin and its hidden gems and lesser known pearls