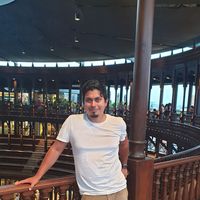 I'm an Engineer working in Flanders, trying to know as many cities in europe as possible and I like meeting new people from all around the world, I liked having great references in the app ;) unfortunately, is so difficult to be accepted as guest, to be a nice person does not represent a good ROI and I really don't like people that just want a free place to stay, if you are not willing to socialize then don't ask me for a place, if you are a strong Independent woman that needs no man then don’t ask a man to host you, go ask a woman. And if you are a traveler man that has no money to pay for his own place you better be a very interesting person otherwise you failed as a man in this modern feminized world.

So I’m very picky when hosting, you better give me some good reasons to host you. I don’t like feminists, gender ideologists, misandrist and even less entitled women that are so used to men’s attention that somehow believe that they make a favor by allowing me to host them, offer me something valuable to host you, if not just go with the other thousands of men that has no self respect.

At least write "Hi Potato" in your first message if you actually read my profile and references.

Traveling around the world in the way most simple.

Not sure why would it matter no one ever accepts me. But anyway I’m good at cooking, cleaning, drinking and making a great company.