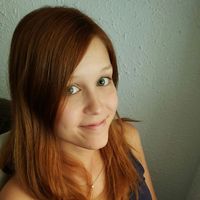 I'm a person who enjoys going out with friends, meeting new people, the beach, practise some sport and play room escapes games. I am currently living in a beautiful city near the sea and, at the same time, preparing a new adventure. I will travel to Australia in october.

I'm looking for some new people who could help me finding a place to stay in Australia in october or just new friends who could show me the country.

Though I like to listen to different kind of music depending on what I'm doing at the time, I 've never get bored of musical groups such as Imgine Dragons, The Script, Ed Sheeran, ACDC, Bon Jovi or Phill Collins (and other rock groups).
I usually like heroes films and science-fiction films.
I love science-fiction books such as The Bone Season series, but I try to have time to read a huge variaty of books (i.e. Historical ones as The Pillars of the Earth).