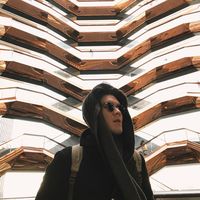 I’m a filipino born and raised in a lovely city called Dumaguete but now based in a chaotic city called Manila for work.

Scored a goal halfway from the line in a crucial match when I was in college.

My rhum and coke