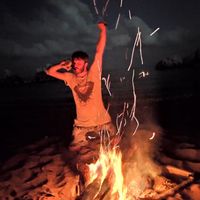 Hey everyone. I am very new here. Before that I could not join the community because of my very busy job I had no time for anything.

My name is Serhat, 32 years old, born in Istanbul.
My one grandmother is Albanian, coming from Bitola, Macedonia. The other one is Circassian, coming from Adyge Republic, Maikop. They migrated long time ago, but both sides still retain the cultural values and elements. Yeah and both of my grandfathers are from Turkey, Eastern and Northern Anatolia.

I studied American Culture and Literature in the capital, Ankara University but at the same time I was working for tourism agencies. My profession was organizing meetings, incentive trips, corporate events and such mostly pharma and medicine. Eventually I quitted my faculty when I was on final grade and started working in the same business professionally.

After 11 years, I had enough of it. I am currently official jobless having a rest and working as a freelancer with a human resource company supporting such events while getting paid a jobless grant money from the government.

I am a world citizen interested in history, philosophy and literature, still looking to find the meaning of life.

I believe in Anarchist Communism, a world based on solely solidarity without supreme ruler of any kind. People I deeply
respect, Nestor Makhno, Che Guevara, Emiliano Zapata, Errico Malatesta, Farabundo Marti, Buenaventura Durruti, every single member of the Paris Commune...

I used to try to do more than believing, though all out of a sudden, a wire was cut only to break the harmony inside. Consequently I gave up everything to start a new life. Found myself as a lone, silent, not fitting person who constantly changes locations as a stupid white collar worker which I abhored deeply. Like Cyrano de Bergerac, I have tried to be everything and became nothing in the end.

Following the path of an existentalist, that is optimistic nihilist... Shortly this is the motto: “Life sucks and we are all doomed but this does not mean we cannot enjoy it”.

But, I want to see the world burn down. We will find a way, even if we have to wait until all hope is gone, we will find a way to end this madness. I just try to be the best of me and make anything I can touch a little bit better. Sometimes I fail.

Other than these, I love beer, coffee, chess and reading.

I am kind of bored and at a point everything became really boring in my life. I want to meet similar minded people from around to world to discuss history, life, philosophy, music, analyzation of the century and formulas for way out of this crazy century’s burdens if possible. Or yeah sometimes just casual chat too, it’s always nice hear other people’s stories.

So far, it has been going perfect!

Movies:
I have ADHD so I can’t enjoy movies. I don’t like Hollywood at all but I enjoyed Ingmar Bergman’s movies a lot, especially Persona. Also for TV series, I loved “How I met your mother” and South Park.

Living in Kenya for a month, every bit was amazing. Jambo Jambo Bwanaaa habagariiii Hakuna Matataaaa!

That one depends on chemistry. Anything is possible as long as we are alive and wishing something to happen.

Anything I have. But note that I generally don’t have much:)