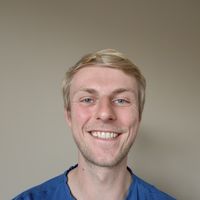 I'm a Dutch PhD Student living in Germany since January 2022 and staying for the coming 3 to 4 years. As a kid I travelled a lot with my parents and lived in Italy (Tuscany) for a year. That's where I learned to speak Italian because I was only 8 years old and kids are like information sponges!
During my Bachelor I returned to Italy when I did my Erasmus in Firenze. Going abroad, visiting new places and meeting new people is one of my favourite things to do. During my Master's I did a European Master programme where I spent my first year in Lisbon, Portugal. The second year unfortunately had to be from home in the Netherlands but now I still ended up in Germany for my PhD!

I like to read and make music at home, I have my own MIDI keyboard in Germany and a piano at my parents' in the Netherlands. I love volleyball and beachvolleyball, have been playing volleyball since I was 11 and played in the Dutch team under 19 for a while, so if you want I can teach you some basics. Being outside the house is one of my favourite things to do to unwind after a day of work, chilling in a park or walking around the city to find new places. I am easy to be around with and lived in student dormitories for a long time so I understand the 'ways' of sharing a household.

During my travels I learned that people who know the area have a much better idea of the cool and 'secret' places in a city or the surrounding areas. The internet has some information but most is just standard tourist stuff. I would like to get to know what to see from people who know the cities a bit better. Also, I love meeting new people and exchanging stories, learning new languages/foods/drinks and making new friends around the world!

Swam through a gulf full of non-stinging jellyfish. Extremely weird experience because the reflex of a jellyfish touching you was really overwhelming, pure rational brain vs. instinct brain.
Helicopter whale watching flight (not as pilot haha).
Three day hike in Spain up to a peak of 2500 m, with my friends' trusty mascotte "Conejo".
Did a roadtrip on my own through Germany and Czech Republic. Stayed at two Couchsurfers for the first time which was an amazing experience!

I can teach some basics of making your own fruit liquors as well as random fun facts about a lot of different topics. Also we can make our own sushi if you would like to learn! I would like to learn more about the local places I will visit and their food specialities and language.

Some Dutch traditional sweets, good stories and laughter. Plus I can cook or help in the household ofcourse.

Because I am quite busy working on my PhD next to full time job as scientific researcher I can host if the time is right. So send me a request and we can maybe figure something out. I have a nice foldable two persons couch, a fully functional kitchen and amazing coffee machine.