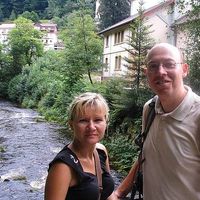 CURRENT MISSION
Host nice people from all over the world during we have limited possibilities to travel
We like to host families.
ABOUT ME

We are family of 4 persons. Matthias, Basia and our 2 sons Oskar and Daniel.