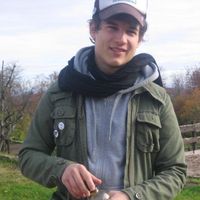 Hey there,
my Name is Benjamin and I'm a medical resident in psychiatric medicine in Freiburg! I studied medicine at the oldest university in Germany: the University of Heidelberg and I live in the beautiful Rhein-Neckar region in southwest Germany. :)

Describing myself is quite a hard task but the one thing I can say for sure is: I like to have fun, exploring unknown places (unknown to me at least) and making new experiences. While I was a student and having the possibilities, I wanted to take my chances to see as much as I can from our world. The last couple of years I spent a lot of time living abroad, doing clinical internships. Over the years those internships led me to Mexico (from where I came back, not less german but considering myself at least half mexican by heart now), Chile, Panama, Ecuador and the United States.

I'm an easy going, communicative guy who likes to explore as much as I can, ideally having a great time doing that and beeing super curious towards new people, cultures and mindsets.

I only had great surfing experiences until now and I promise to be a good, fun and respectful guest!

I first got in touch with Couchsurfing when I went on a local meeting. Since then, I met a lot of awesome people through Couchsurfing (some of which I consider my best friends today).

-traveling
-Spanish language / Latin America
-nature and outdoor activities
-culture and history
-new friends from all over the world
-music / drums I used to play in a rockband. Check out "Moorange" :)
- give me a good taco!

Bringing people back to life!